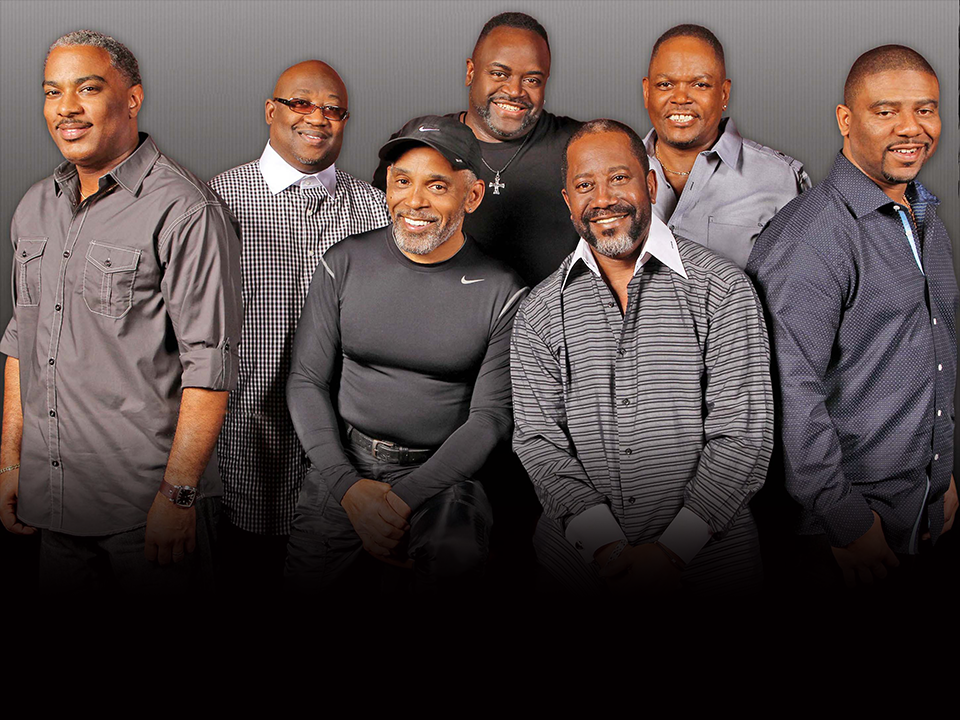 Refund requests must be made no later than two weeks prior to the rescheduled performance. To obtain a refund, please visit or contact Eagles Landing or Soaring Eagle box offices when we have reopened. Refunds will be in the same form of payment made to purchase the tickets.

Fans know when they attend a Maze concert they will be treated to an evening of honest, raw soul music.

And that’s how it has been for more than 40 years. Nothing has changed. The band has stayed in its lane, continuing to do its thing, bringing quality music from the heart night after night.

It is the band members’ honesty and brilliant artistry that has allowed them to continue to headline at top concert venue across the globe. There are no gimmicks, no stage tricks in their shows. Just Beverly with his smooth, soulful vocals supported by the tight Maze band.

Beverly notes, “Our honesty comes through. We don’t compromise on being honest with our music and being honest with our approach to our music. We are honest with our fans and I hate to use that word ‘fans’, because they are more than that to us. They are our family. They believe in us night after night year after year. And you can’t ever lose with your family’s support and love. And we recognize that and love them for loving us.”

Maze featuring Frankie Beverly arrived on the scene in 1977 with a string of hits including Happy Feelings, Lady of Magic, While I’m Alone and Workin’ Together. And the soul classics continued with Golden Time Of Day, Southern Girl, Joy and Pain, We Are One, Running Away, Back In
Stride, Can’t Get Over You, Silky Soul and The Morning After.

Beverly reveals that while he loves singing all of the favorites in concert, he particularly enjoys performing We Are One and Joy and Pain. “They have a special place in my heart. We Are One jumps out at me every night. People react the same way. They recognize the song’s truth. I see them look at each other and say, ‘Wow, we are one, you are right.’ I just love what that song does to people, how it unites us all. That song moves me and turns into a spiritual thing.”

Turning to Joy and Pain, the music master notes, “You can’t have a mountain without a valley, they are one in the same. If you’ve got flowers, you’ve got to have rain. Pretty flowers don’t grow without some rain.” He was inspired to write the tune after reading philosopher-poet Kahlil Gibran’s masterpiece, “The Prophet”, that includes the chapter, “On Joy And Sorrow.”

Maze’s fans are familiar with the band’s rise to fame. A native of Philadelphia, Beverly grew up singing in church and later formed a group called The Butlers when he was a teenager. He later changed the name to Frankie Beverly’s Raw Soul.

The band’s star began to rise in the mid 70s when Marvin Gaye caught their show in the San Francisco/Oakland area. He took them on the road as his opening act and urged them to change their name from Raw Soul. Original member Roame came up with the name Maze and the rest, as they say, is musical history.

The other original Maze member was the late McKinley “Bug” Williams who played percussions and sang background. Williams died in 2011.

“Bug was my brother,” recalls Beverly. “He was with me for 50 years. We were 15 and 16 when we met. He was an excellent, schooled musician, top of the line. He knew music. He was the father of the band, very much like the guardian of the band. He was very strong-willed and very well respected. He was a good person; he kept the band in line. Someone asked me if I was going to replace him. I said, ‘That’s impossible, there is no replacing Bug.’ We started out as seven back in Philly and we are now back to seven. And I really feel that’s the way it should be. I love my brother, Bug and miss him so much. But thankfully he is still very much in our music night after night.”

Beverly loves to talk about two of his biggest inspirations—Frankie Lymon and Sam Cooke. “I was Frankie Lymon crazy when he came on the scene. People would call me ‘Little Frankie.’ My name is Howard, but I took the name Frankie from Frankie Lymon. I used to sing Frankie Lymon songs on street corners. People use to throw me money,” he recalls.

Beverly says he will never forget meeting Sam Cooke at Philly’s Uptown Theater. “We were trying to get his autograph. We said, “Mr. Cooke, Mr. Cooke, can you sign mine?’ He said, ‘Have you guys ever been back stage?’ Well, come on.”

Cooke treated Beverly and his friends “like we were his kids.” That chance meeting had a tremendous impact on Beverly. To this day, he always makes time for his fans. “I don’t turn people down. I always think of Sam Cooke and how kind and patient he was. He didn’t have to do that for us.”