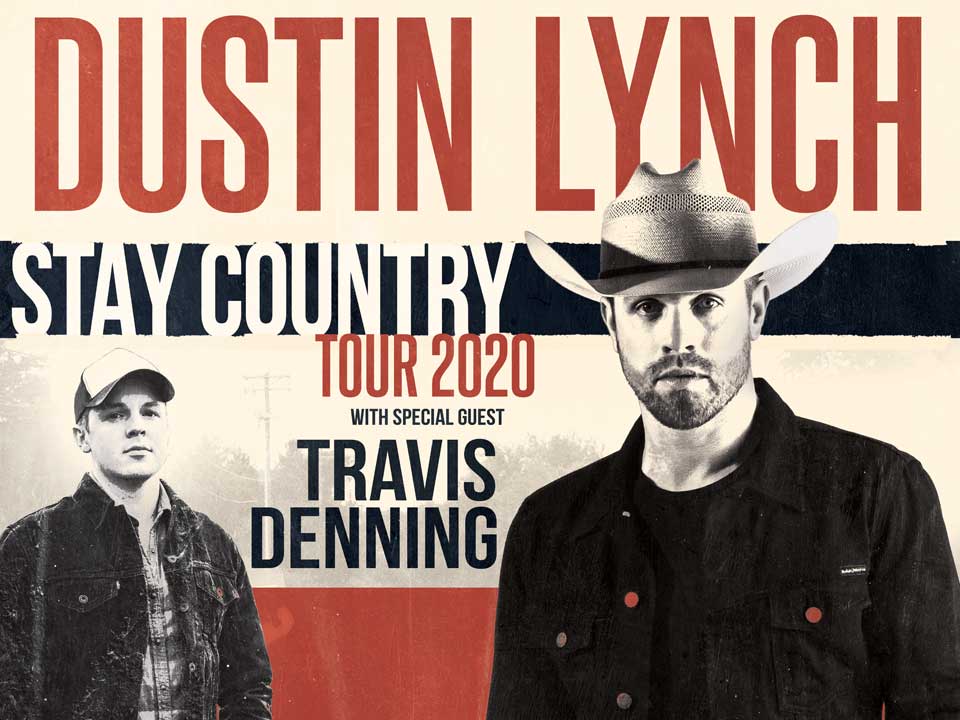 NEW SHOW DATE: In light of recent developments regarding COVID-19 in Michigan, we have decided to postpone Dustin Lynch with special guest Travis Denning

We encourage ticket holders to keep their ticket(s) as these will remain valid for the rescheduled date; however, Soaring Eagle Casino & Resort will honor refund requests. Refund requests must be made no later than two weeks prior to the rescheduled performance. To obtain a refund, please visit or contact Eagles Landing or Soaring Eagle box offices during the hours of 9am - 11pm. Refunds will be in the same form of payment made to purchase the tickets.

A native of Warner Robins, Georgia, singer/songwriter Travis Denning just released his new single “After A Few,” which he co-wrote and follows his Top 40 debut single “David Ashley Parker From Powder Springs”. Denning, who has been spotlighted by Rolling Stone for his “everyman worldview that evokes his small-town, big-hearted upbringing and a sound that is a wide tent – fun, modern country with rock-guitar licks”, was recently selected as an Opry NextStage recipient and CMA KixStart Artist, as he makes his mark within the industry. Inspired at a young age, Denning developed a love for country, pop, rock and heavy metal and started playing local bars from the age of 16, as he built a strong following from his distinctive songs and raucous guitar solos. Denning moved to Nashville and secured outside cuts by Jason Aldean, Justin Moore, Michael Ray and Chase Rice. A prolific writer with an unquestionable stage presence, Denning caught the attention of Universal Music Group and signed a record deal in 2017. Denning has previously opened shows for Cole Swindell, Alan Jackson, LANCO and this summer is playing some of the country’s biggest festivals including CMA Fest, Faster Horses Festival, Watershed Festival, Country Thunder and more this summer. When Denning is not touring, he is in the studio working on his debut album. For more information, visit travisdenning.com.