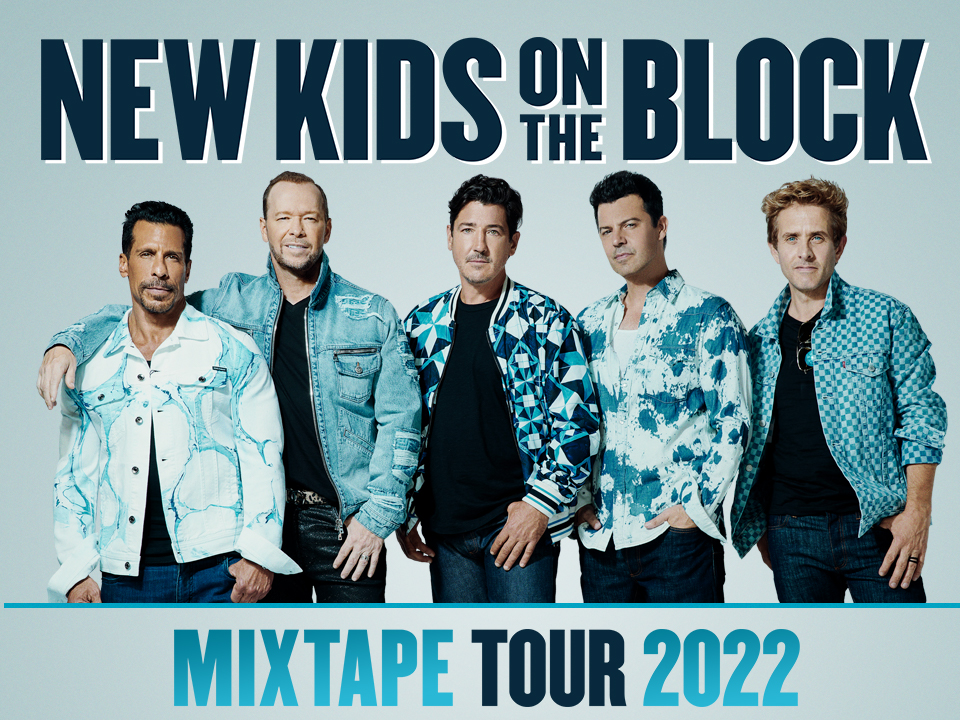 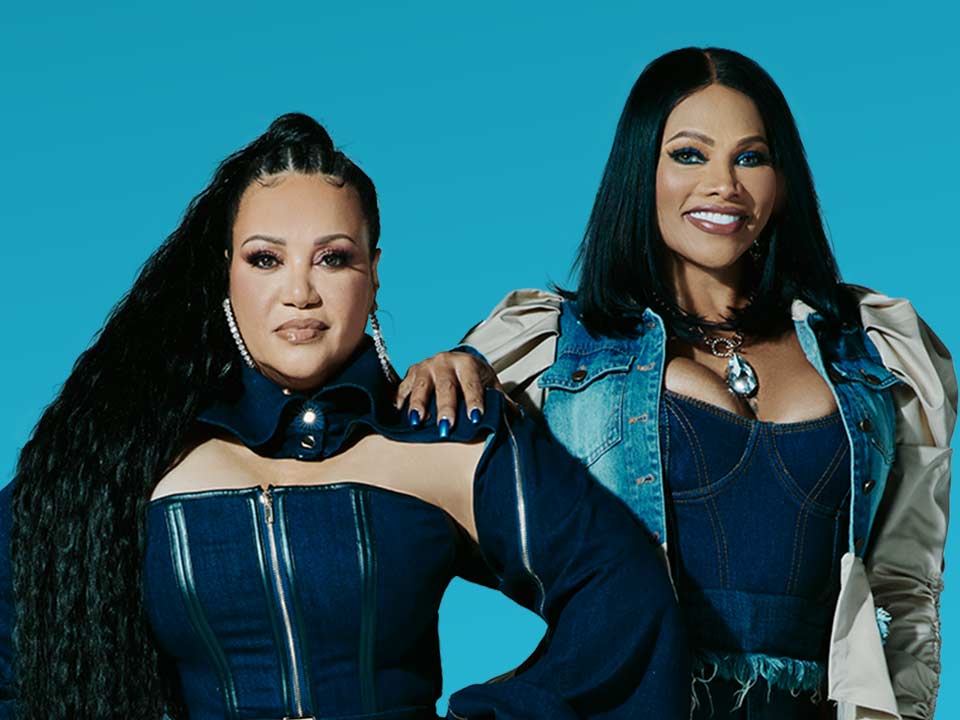 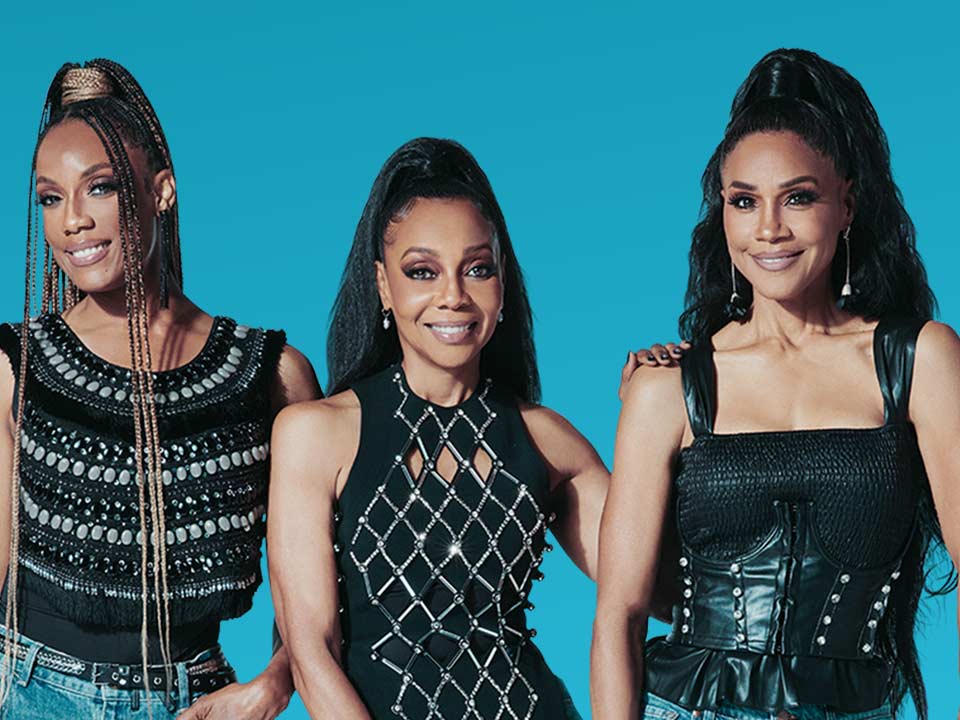 New Kids On The Block

New Kids on the Block have sold more than 80 million albums worldwide — including back-to-back international #1 songs, 1988’s Hangin’ Tough and 1990’s Step By Step — and a series of crossover smash R&B, pop hits like “You Got It (The Right Stuff),” “Cover Girl,” “Didn’t I (Blow Your Mind This Time),” “Hangin’ Tough,” “I’ll Be Loving You,” “Step By Step” and “Tonight.” The group which started with humble Boston beginnings grew to shatter concert box office records playing an estimated 200 concerts a year, in sold-out stadiums throughout the world. Since reuniting in 2007, NKOTB has toured consistently to sold-out arenas, have sold nearly 4 million tickets, and have doubled their crowd sizes. The Boston natives have been bestowed with their very own, “New Kids on the Block Day,” an honor not many can claim and have played Fenway twice before. The group solidified their place in Hollywood with a star on the Hollywood Walk of Fame since reuniting and will continue representing Boston on their journey long into the future.

“Push It” — Salt-N-Pepa’s signature party-pumping anthem about getting your grind on — started out meaning one thing and turned out to mean something else. Something bigger. Because in a 35-year-career that took them from Queens to rap royalty, the duo of Cheryl “Salt” James and Sandra “Pepa” Denton have pushed it real good as a trailblazing duo that changed the game for women in hip-hop. In the golden age of the genre that they helped put on the music map, they became, quite simply, the First Ladies of Hip-Hop. Now the pioneering pair are living legends who get to see their legacy playing out while they’re very much still making moves. “Over the years, we’ve had every female rapper come up to us and say that we were their role models,” says Salt. “We were their inspiration. We were the reason that they felt like, as women, they could do this in a man’s world. It just gave me another level of appreciation for what we experienced as well as what we accomplished.” And what a lofty list of accomplishments there have been for Salt-N-Pepa. They became the first female rap act to have an album go gold and then platinum. In 2021, Salt-N-Pepa received a Lifetime Achievement Award. 2022 will kick up with Salt-N-Pepa dedicating their Hollywood Walk of Fame star. “I love my Salt-N-Pepa,” says Pepa. “I work hard for it. To this day, I do. It’s a beautiful thing. And we’re still here with timeless music. I’m proud of that.” Reflecting on their legacy, Salt sums it up: “We have the anointing of being the first to do things for women in hip-hop. And I think that it’s important that we have represented women in an inspirational way — as bosses, as women who have persevered through adversity and misogyny in this business, as mothers, as real women who’ve gone through real-life situations and kept it pushing.”

Rick Astley is enjoying a major career resurgence, having already sold more than 40 million albums fueled by hits like the chart-topping ‘Never Gonna Give You Up’, ‘Whenever You Need Somebody’, ‘Together Forever’, ‘When I Fall in Love’, ‘She Wants To Dance With Me’ and ‘Cry For Help’. In 2016 he returned with new music and released a wholly self-penned platinum album ’50’ that has to date sold more than 400,000 copies. In 2018 he followed it up with another top ten album, ‘Beautiful Life’. In 2019 Rick released a career spanning top 5 album ‘The Best of Me’, a best-of compilation with eleven additional reimagined tracks and a new single ‘Every One Of Us’. 2019 also saw Rick complete a gargantuan 38-date stadium tour as a special guest to Take That, during which he played to over 500,000 people. He also graced the main stage of the legendary Reading Festival, performing ‘Never Gonna Give You Up’ with the Foo Fighters. Just before the pandemic, Rick toured Australia and New Zealand with a-ha, playing 8 sold out dates in arenas across the region. During the pandemic, Rick has amassed 2 Million YouTube followers with a series of lockdown covers from his studio and become a major force on TikTok with 1.7 Million followers and was selected as one of Louder’s top 10 must follow artists on the platform. He has also used this time to publicly support the NHS and organize 2 free concerts for NHS staff at Wembley and Manchester Arena during his UK Arena tour this October.

Celebrating 30 years in music and recognized as one of the top 5 highest selling American female music groups in history, En Vogue currently consists of Cindy Heron-Braggs, Terry Ellis, and Rhona Bennett. En Vogue’s accolades included 7 MTV Music Video Awards, 3 Soul Train Music Awards, 2 American Music Awards, a Billboard and Lady of Soul Award, and countless Grammy nominations. To date, En Vogue has garnered 221 million US streams and 325 worldwide streams, with 60 million YouTube views. In 2004 their sixth album, Soul Flower hit the Billboard Top 20 for indie albums. In 2018, Electric Café, produced the Ne-Yo-penned Top 10 hit single, “Rocket,” their Top 20 follow-up, “Reach 4 Me”, and collaborations with Snoop Dogg and Raphael Saadiq. in 2019 they also collaborated with Chance the Rapper alongside Kierra Sheard and Ari Lennox on “I Got You (Always and Forever) for his album, The Big Day. Actress and producer Taraji P. Henson tapped them to appear in an episode of the final season of the groundbreaking TV series Empire for her directorial debut. Dresses from their iconic “Giving Him Something He Can Feel,” video housed in the Smithsonian’s National Museum of African American History and Culture (NMAAHC) illustrate En Vogue’s profound impact, historically and culturally, in both music and fashion. Not to be slowed down, during the pandemic they appeared in Eddie Murphy’s record-breaking Coming 2 America movie, launched their very own “Funky Divas” podcast, closed the 2020 Billboard Music Awards with their timeless anthem “Free Your Mind”, performed on Dick Clark’s New Year’s Rockin Eve, and received the 2020 Urban Music Icon Award from the Black Music Honors for their longevity and musical legacy.