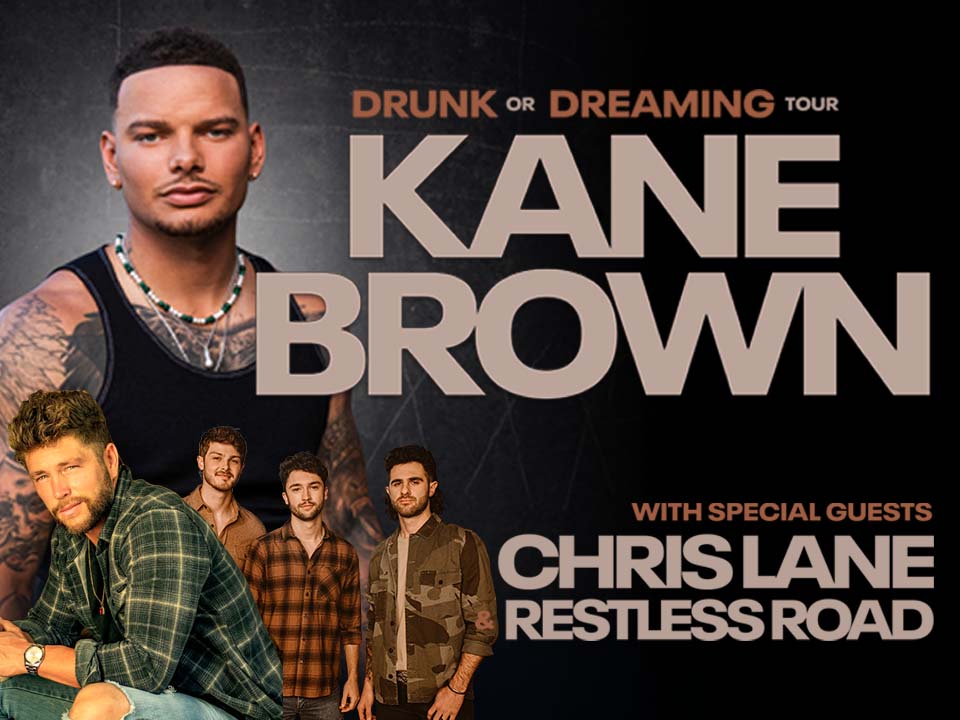 Blending hip-hop-influenced R&B with confessional pop, Kane Brown defied country conventions with his string of Billboard Country Airplay number one hits in the late 2010s. On his singles, Brown alternated between romantic slow jams and party numbers ripe for remixes and collaborations by the likes of Khalid and Marshmello — a fluid mix suited for a variety of genres or moods. Brown’s versatility disguised a candidly emotional and autobiographical streak that surfaced on his albums, an element that added dimension to his music even when it wound up as an accent on a collection of savvy modern pop as it did on Different Man, the 2022 album that confirmed his status as one of the more distinctive country stars of his era.

Introducing “a decidedly more country sound” (MusicRow), Chris Lane is launching his next chapter with over 1.4 BILLION on-demand streams and three #1s to date – platinum “Big, Big Plans,” 2X platinum “I Don’t Know About You,” and platinum “Fix.” After a spree of releases in 2021 and 2022, Lane’s catalog has expanded with hits like “Howdy,” “Stop Coming Over,” “Summer Job Money,” “Fill Them Boots,” “Ain’t Even Met You Yet,” HIXTAPE: Vol. 2 collaboration “Small Town On It” with Scotty McCreery and Dustin Lynch duet, “Tequila On A Boat.” The Kernersville, N.C. native has appeared on the Macy’s Thanksgiving Day Parade, TODAY, The Bachelor, The Tonight Show Starring Jimmy Fallon, Late Night with Seth Meyers and CONAN, and was featured in PEOPLE’s 2019 Sexiest Man Alive issue. He’s scored nominations at the iHeartRadio Music Awards, ACM Awards and Radio Disney Music Awards. Lane is headlining his FILL THEM BOOTS TOUR nationwide now after sharing the bill with A-list acts like Florida Georgia Line, Kane Brown, Brad Paisley, and Dan + Shay.

Restless Road is an American country music band based in Nashville, Tennessee. The band is made up of Zach Beeken, Garret Nichols, and Colton Pack. The group was formed and finished fourth in the third season of the American singing competition series The X Factor in 2013.